In New Zealand timber decking is traditionally fastened with face fixings, either nails or screws which are inserted at a 90 degree angle. It’s a way of building that’s been commonplace for decades, and one we’re all familiar with.
But it’s a methodology that has its flaws. Aesthetically, rows of visible nail heads or screws detract from the natural beauty of the timber, and because water is able to run down the fixings and penetrate the timber, even the most durable timber will cup and move over time resulting in split timber and nail pop-ups.

Addressing the issues of aesthetics and timber durability lead to the creation of nail-free decking systems which have been the dominant decking solution in the USA for decades.

The Shadow Deck Nail Free Timber Decking System was launched in New Zealand eight years ago and has attracted significant attention for its various innovations. It’s also the only BRANZ approved nail-free decking system in the country. 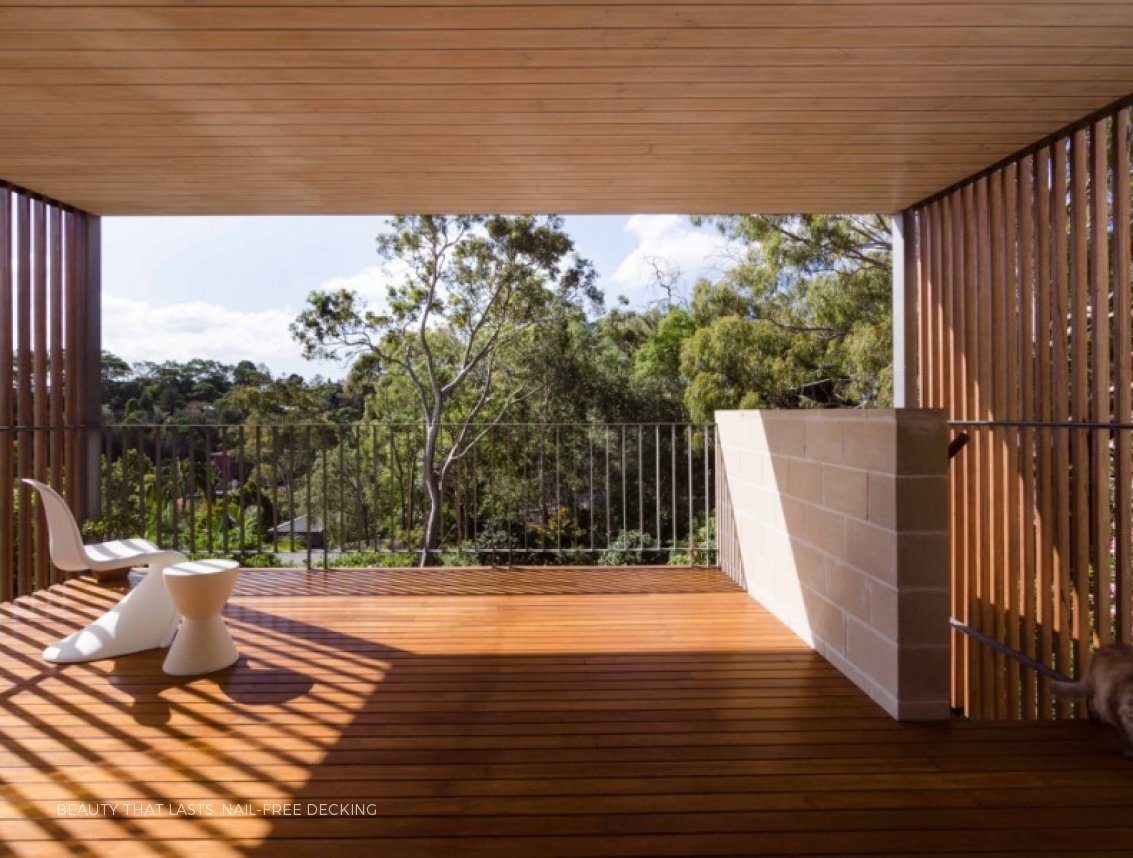 “The system utilizes DNA certified kiln dried Kwila boards which are pre-oiled and pre-grooved, and is fixed with hidden UV nylon side fasteners that slot into the timber grooves. The side fasteners are secured with high quality German Spax screws at a 40 degree angle that allows for a much stronger system than face fixing. Most importantly – without rows of nails or screws visible on the deck surface, you get a beautiful, unbeatable finish every time” Shadow Deck’s Darrel Grace says.

“With face fixing, you’ve only got the holding power of a four to five mm screw or nail, which is significantly less than with this system. Because the nail free system requires the screws to be fastened at a 40 degree angle, the water isn’t able to run down the screw and penetrate the wood either, which while making it stronger also makes it much more durable over time.”
The fasteners are made with a UV nylon and slot easily into the side of the pre-grooved boards creating a perfect 3mm gap between boards. 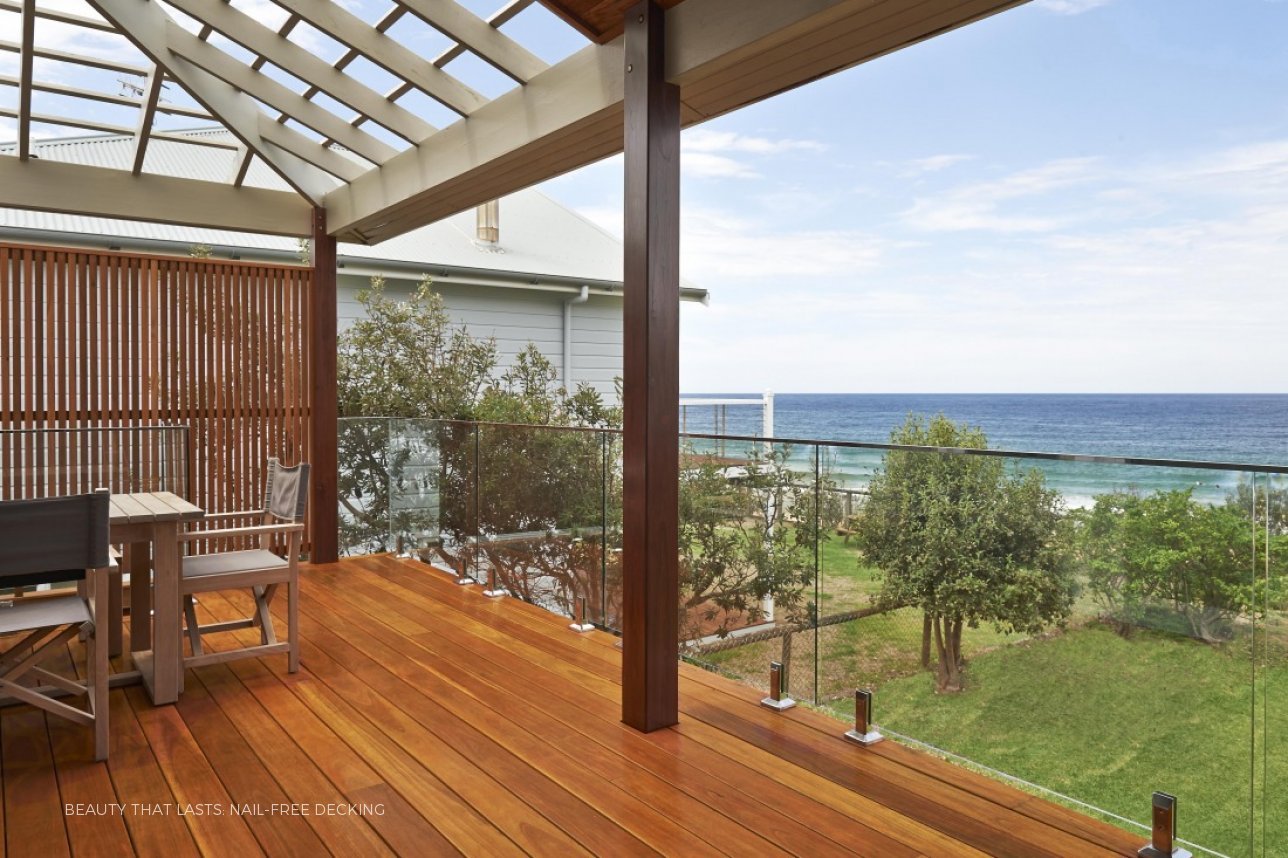 Perfectly straight lines with no timber splits or nail pop-ups

The pre-oiled Kwila decking boards also have a domed profile to help shed water. From the centre of each board there is a 2mm fall to the outside edges. “They’re coated with a specialised oil. Each board goes through my oiling machine which means the entire board is penetrated, unlike many other products. This along with the domed profile further increases durability, stabilizes the deck and prevents cupping” Darrel says.